Skype is one of the most popular programs in the VoIP communications industry. According to recent news, it has over 50 billion users worldwide and owns over 30% share of the international call market. The current version of Skype works on a number of devices such as desktop PC, mobile phone, tablet, home phone (landline), TV, Xbox, etc. It supports almost all operating systems. Its popular, free services (i.e. between Skype users) are the same as before: voice/video calls, instant messaging(IM)&chat. A new feature is video calling between Skype & Facebook users.

However, Skype has some downsides. Some users complain that basic services like call return/blocking are still missing in Skype. Another major shortcoming is that Skype doesn't support calls to national emergency numbers like 112 in Europe, 911 in the USA, 000 in Australia, and so on. Further, the take-over by Microsoft in 2011 has only served to worsen matters, very possibly, because of Microsoft negative public image.

On the positive side, Skype is ahead of several competing VoIP services like Google Talk & Google Voice. This is because of its unique ability to inter-operate between landlines and mobile phones. Being a peer-to-peer service, it offers lower latency. It results in better call quality, which is the reason why Skype is so preferred by users.

As it was mentioned above, several Skype services are provided free to users. However, PC-to-phone & group video calling, group screen sharing, ad-free service, live chat customer support and unlimited calls to a country/region of your choice are premium services that can be accessible only by paying some subscriptions. 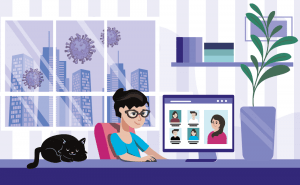 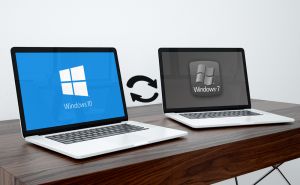 Windows 7 end of support: what should you do?

You can share photos and videos and play games with friends while you chat.

Change your voice pitch and send out cute sound emotions in Skype call.

It enables you to record and replay any Skype call.
FREE

It automatically detects when a Skype Voice Call is being commenced.
FREE

Share photos, videos, and stickers with your friends.
FREE

You can now call any of Ahwar Messenger users for free with no hidden charges.

Thank you for rating the program!
Please add a comment explaining the reasoning behind your vote.
184 comments

Indeed an amazing application. Both services, free and paid, are tottaly useful and solid.

Haghen Boudewijn How can I use this for Skype search?